A brief post on how to make Freedom of Information Requests to request traffic data.

The UK’s Freedom of Information Act, together with the related Environmental Information Regulations 2004, provides citizens with rights of access to information held by public bodies. The framework is overseen by the Information Commissioner’s Office (https://ico.org.uk/), who also look after the personal data regime - (GDPR/Data Protection Act 2018) - which is not discussed here.

One important point to make is that you don’t need to specify under which legislation you are making a request, it is up to the public body to work out which is the appropriate regime - you can appeal if you think they’ve got it wrong.

The ICO itself doesn’t provide a mechanism for making requests - for that you need the site What do they know? (WDTK) https://www.whatdotheyknow.com/. 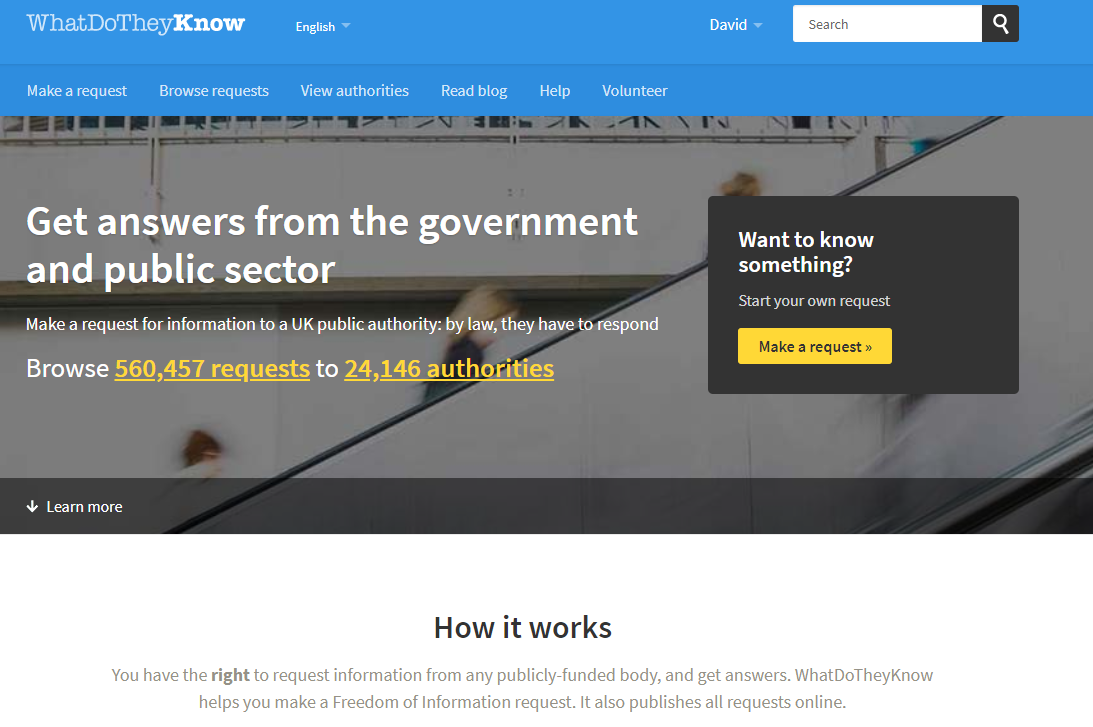 WDTK enables you to find public bodies, make a direct request to the appropriate body, and then track your request. It even reminds you what to do at various stages of your request. Importantly, it also makes your request and any responses publicly available and searchable by other interested parties, preventing similar requests and providing a repository of information, including any attachments. You will see in other posts that this can be useful in documenting your work. You can search in various ways, including by user, here’s mine: https://www.whatdotheyknow.com/user/david_knight_5/requests.

I could write a post about how to use the WDTK site but the blog at My Society (who run the site) already has a great post. WDTK itself also has extensive help pages. Do make your requests via WDTK so we can all share in your work. Even better, why not volunteer to help at WDTK?

You’ll see that Wandsworth originally rejected my first request for traffic data. If this happens to you, be patient, do your research and see what you can do to appeal. Each successful request or appeal makes it harder for an authority to refuse other requests. If you would like assistance with requests, please do get in touch with me.

Disclosure - I was the head of the then Department of Social Security information policy (open government and data protection) team during the period of FOI legislation and introduction, and later the policy lead on major road scheme appraisal and team member of the road pricing feasibility study (2003) at the Department for Transport. I left DSS in 1998 and DfT in 2007.